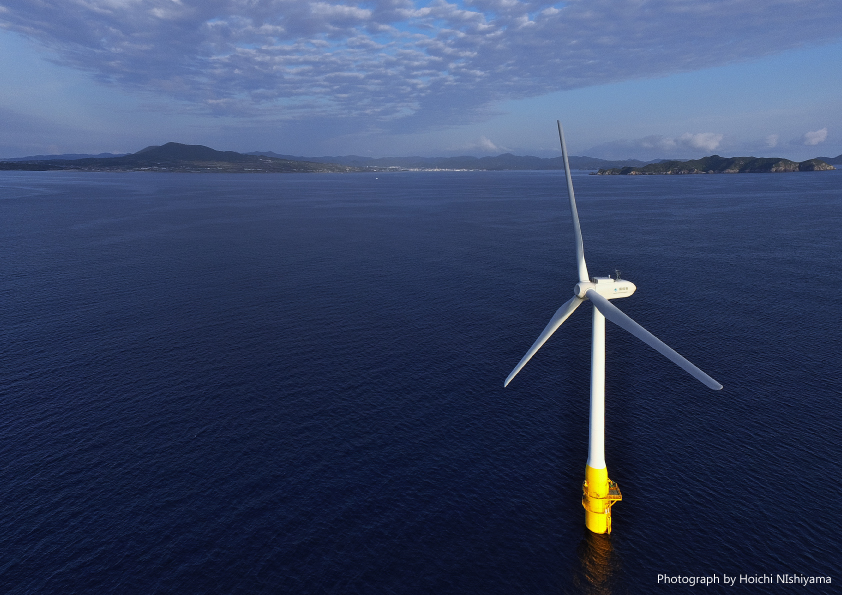 Toda Corporation and other consortium members installed a 2MW-class floating wind turbine called Haenkaze on October 28, 2013, off the coast of Kabashima Goto, Nagasaki prefecture, as a demonstration project from FY2010 to FY2015 led by the Ministry of the Environment. Haenkaze is the world’s first floating wind turbine with a hybrid spar-type floating platform which has a lower part of the concrete and upper part of the steel. This project was successfully completed thanks to the understanding and support of residents, especially local fishermen.

After the two-year demonstrative operation off the coast of Kabashima, Haenkaze was transferred to 5km off the coast of Sakiyama Fuke Island, which is about 10km from the original site. Goto Administration and Goto Floating Wind Power LLC have jointly continued the operation in accordance with Goto City’s Basic Initiative for Renewable Energy, which aims to promote floating offshore wind turbines.